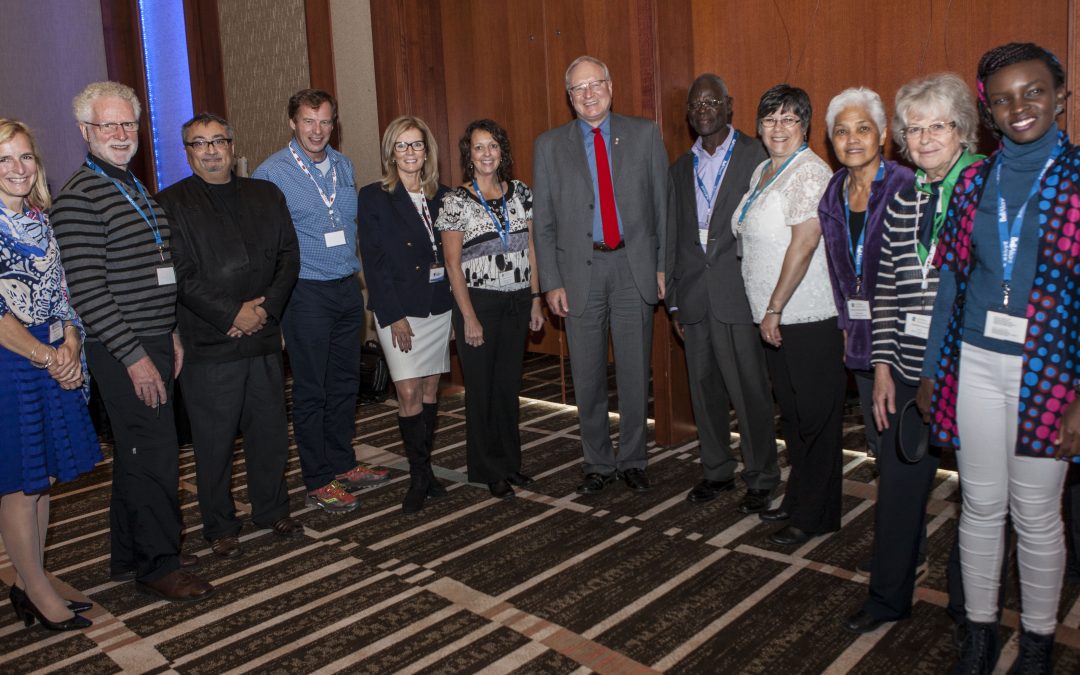 Barb Willet is the Executive Director of Health Nexus, where she manages a staff of 20 people located in Toronto and across Ontario.  During her more than 20 years with Health Nexus, she has contributed to many successful inter-agency collaborative initiatives and strategic partnerships, and has led the effective planning and delivery of a range of programs and services.  Barb has a Master’s degree in Health Sciences with a specialty in Health Promotion. Barb was involved in the program committee for the Global Forum, and shares her experience at the event below…

I recently had the privilege to contribute to the planning of the 6th Global Forum on Health Promotion in Charlottetown October 16 & 17, 2016. It was the first time this event was held outside of Geneva and its success was the result of a close collaboration between the Alliance for Health Promotion, the Government of Prince Edward Island, The Quaich Inc and Groupe Entreprises en santé.

This unique event celebrated the 30th anniversary of the Ottawa Charter for Health Promotion and focused on the important role that that health promotion and civil society have in the fulfillment of the new Sustainable Development Goals (SDGs).  The theme for the forum was Health Promotion at the very Heart of Sustainability, although one speaker accurately commented that sustainability is at the very heart of health promotion.

The program consisted of plenary and concurrent sessions with a mix of renowned international and Canadian speakers, and a dynamic participatory process to engage close to 300 participants in the development of an outcome document, the PEI Declaration and a Call for Action. I encourage you to read it.

I found the depth of discussion stimulating, and often challenging, while the energy and the geographic mix of delegates from academia, government, and a range of community-based organizations refreshing.  Here are a few highlights / points that resonated with me and I continue to reflect upon:

The Alliance and others are working now to ensure that the messages within the PEI Declaration and a Call for Action are presented at the upcoming WHO 9th Global Health Promotion Conference in Shanghai.

Canada must continue to act as a leader in the field of Health Promotion. The internationally renowned Ottawa Charter was born in part from this leadership. In 1974, the Canadian government published a report called A new perspective on the health of Canadians, commonly referred to as the Lalonde Report, since it was commissioned by former Minister of National Health and Welfare, Marc Lalonde. The report introduced for the first time the holistic concept of health, redefining it as a combination of genetics, lifestyle and environment. It was also the first government report to suggest that our health was determined by more than the health care system.

The world has changed since the Ottawa Charter was developed in 1986. Thirty years later, the Ottawa Charter continues to provide a solid foundation upon which to build. Health promotion has proven to be an effective approach to achieving health and well-being by addressing inequity, empowering urban and rural communities and individuals. Health promotion has helped to break down silos through intersectoral collaboration and is engaging us even more towards a holistic approach.

As we look to the future, the achievement of the SDGs depends is dependent on CSOs and the leadership role they play within health promotion.